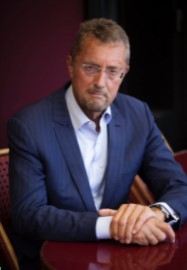 Bernard BAJOLET
Member of the Vision and Strategy Board

Bernard Bajolet has spent most of his career in the French Ministry of Foreign Affairs. After serving as First Secretary at the French Embassy in Algeria (1975-1978), he was appointed to the central administration of the Quai d'Orsay in Paris. First Secretary in Luxembourg from 1979 to 1980, then Second Counselor in Rome until 1985, Bernard Bajolet then served as First Counselor in Damascus, perfecting his proficiency in Arabic and his knowledge of the Middle East. Deputy Director for North Africa and the Middle East (ANMO) at the Quai d'Orsay from 1991 to 1994, he was also appointed Ambassador to Amman (1994-1999), Sarajevo (1999-2003), Baghdad (2003-2006), Algiers (2006-2008) and Kabul (2011-2013). National Intelligence Coordinator from 2008 to 2012, Bernard Bajolet was elevated to the rank of Ambassador of France in 2013, before being appointed Director General of External Security (DGSE) in April 2013. Bernard Bajolet left his position at the DGSE in May 2017, and is now a member of the supervisory board of the Dutch company SBM Offshore.

A graduate of Sciences Po Paris and the Ecole Nationale d'Administration (Léon Blum class), Bernard Bajolet also spent a year at Harvard University in Cambridge. An expert on the Arab-Muslim world, Bernard Bajolet is fluent in Arabic. In addition to French, he is fluent in English and Italian.