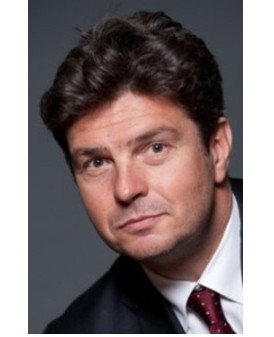 Since 2017, Didier has been working as a Strategic Advisor to the CEO of Amarante in order to secure the Group's entry into the institutional market. In 2019, he took over the management of Amarante Institutions Internationales as Vice-President Institutional Affairs.

Didier worked for nearly 20 years within operational units (Fight against Narcotic Drugs, Fight against Organized Crime) and International Cooperation (the Police International Technical Cooperation Service, EUROPOL) of the Ministry of the Interior. He then joined the Ministry of Foreign Affairs where he exercised important responsibilities within the Crisis Cell (future Crisis and Support Centre), notably intervening on the evacuations from the CAR, the Republic of Côte d'Ivoire, and Lebanon, on the handling of the Tsunami in South East Asia, and Hurricane Katrina in the USA, the H5N1 and SARS pandemics, as well as numerous political crises and natural and industrial disasters around the world.

Didier then developed the service offer to the European institutions of an important French private security group which became the main specialised provider in Brussels. He also worked for one of the (Anglo Saxon) world leading companies in the sector as General Manager for Europe.

Didier is a graduate of the Superior School of National Police Officers (ESIPN) and owns a Master’s degree from the Centre for Diplomatic and Strategic Studies (CEDS) specialised in the security of travellers and expatriates.

As a security expert, Didier regularly works with French and foreign universities, and is a specialist for the World Tourism Organization (WTO) in the field of security and crisis management.